How to become a successful mentor in the workplace 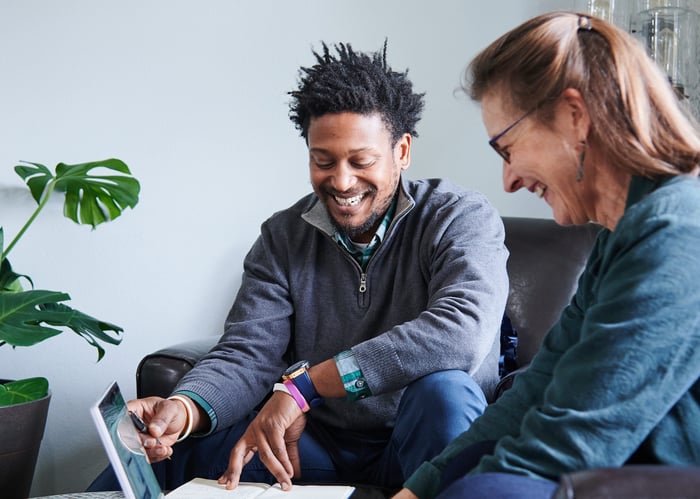 What does mentorship mean to you? People often think of mentors as overly qualified businessmen and women who are there to increase a co-worker’s efficiency and productivity. This week I had the pleasure of speaking with Danielle Hatt, our director of project management, and I learned that being a mentor isn’t always about meeting the company’s bottom line. To put it in her words, “To me, a mentor is someone who is there to bounce ideas off and be an active listener. They must be able to show empathy and hear where other people are coming from, then draw from personal experience to contribute to the conversation.” What really stood out to me was that Danielle clearly values relationships. It’s important to remember that employees are more than just people who bring in money for the company, and sometimes this principle can get lost in the hustle and deadlines from a fast-paced world.

Anyone can be a mentor

The textbook definition of a mentor can often feel soulless or dull, however after chatting with Danielle, it was clear to me that anyone can be a mentor. After she gave what she views to be her definition of a mentor, namely someone to bounce ideas off and provide support, it was clear to me that the actual meaning of a mentor is a much broader representation than the typical definition. While this can be perceived as a negative aspect, I found it to be quite hopeful. When someone doesn’t feel like they are represented in the definition of a mentor (an overqualified businessman or woman), it can be discouraging. However, by using an expansive and inclusive description instead of simply “an established partnership between colleagues for the purpose of learning,” Danielle opened this new possibility to so many more individuals.

Why is this important you might ask? The lack of mentors in the workplace is not a problem for only the employee anymore, it is a company issue. 84% of employees with mentors say that their mentors have helped them avoid costly mistakes at some point in their career. Mentors are important in every career. If 76% of professional workplace employees say that they think mentors are an important part of the job, then why do only 37% of people have one? Mentorship is not something you can force. While being assigned a “work buddy” may work for some people, this is not the case for everyone. A mere 14% of professional relationships start by asking someone to be your mentor. This technique lacks the authenticity that comes from ”clicking” with someone. In fact, 61% of mentor relationships start naturally, without the intent of becoming a mentor or mentee. Authenticity is key, and it’s not something you can fake. 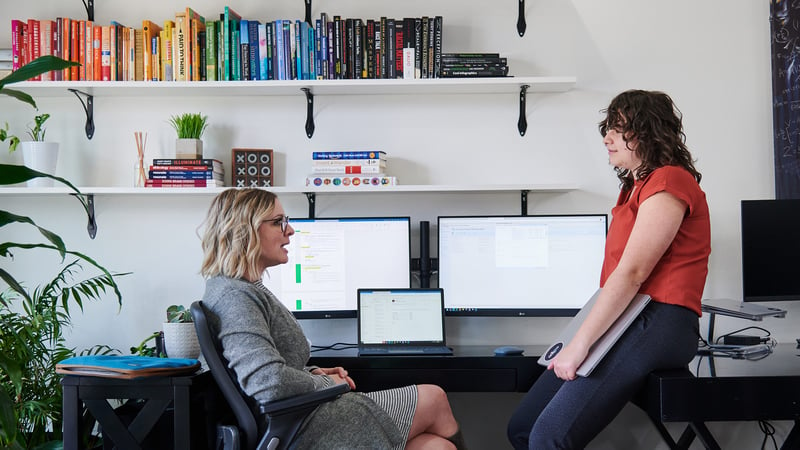 When asked what she considered her greatest success story, Danielle shared about an individual she once worked with who was fairly new to their professional career. They didn’t have connections to anyone in a leadership role and seemed to be “skirting by” as Danielle put it. Noticing the lack of direction that this individual was struggling with, Danielle chose to take the person under her wing. While she doesn’t remember a breakthrough moment with this individual, she says, “It was me taking the time to meet with that person weekly, listening to what they were working on and their approach, then drawing from my own personal experiences to suggest new ways of thinking and doing things.” From helping individuals prioritize tasks and improve their time management skills, to assisting them in project leadership roles, Danielle really understands how to help someone go from a struggling employee to a flourishing leader. She later went on to say, “Our strict cadence of meeting weekly really helped this person get to a point where they had their own sort of epiphany moment. They really turned around and went from someone who was just ‘skirting by’ to someone who now exceeds expectations regularly.” The simple act of meeting weekly with someone who they felt really cared about them and how they were doing, made a dramatic change in their working life.

How can I become a mentor?

The best advice Danielle can give to someone who wants to become a mentor, or even to someone who thinks they may excel in that role, is to care about the individual you are working with. By simply meeting with someone once a week, or even every other week, to talk solely about them and how they are doing in the workplace, can make an astonishing difference in that individual’s life, but also in their work. In the long run, it’s beneficial for both the business and its employees, to have someone in the company who makes their colleagues feel valued. So, reach out. Make meaningful connections. You never know what may come of them.